By now most audio and video professionals would be aware of, or indeed have used audio networking in one form of another. Dante, Ravenna and AES67 are all current forms of audio transport based on an Ethernet backbone, as were CobraNet and Ethersound in times past. Optocore is also an example of audio transport however it is based on a TDM (time division multiplexing) platform.

What may be more of a mystery are the options available for transport of video signals, either used for display-based applications (loosely based on HDMI/Display Port) or in such broadcast video applications as SDI (coax-based distribution).

In our role as one of the world’s leading event communications system suppliers, we are often asked to provide a transport solution for audio and/or video signals around a venue, across a city, or indeed around the world.

On the Professional Audio side of the equation, Ethernet networks have achieved widespread adoption for larger scale distribution. Dante and to a lesser extent AES67 have become ubiquitous for audio transport. Literally thousands of products are Dante compatible and with the interoperability provided through the AES67 standard you can connect to almost any type of audio device via a network.

The P.A People have used extensive Ethernet networks as the backbone signal transport for events for almost two decades – typical examples might be New Year’s Eve in Sydney or the Ceremonies of the Asian Games in Jakarta last year. A network topology can be used to transport all manner of signals – audio, comms, cue lights, CCTV cameras, as well as internet and standard file and print services. 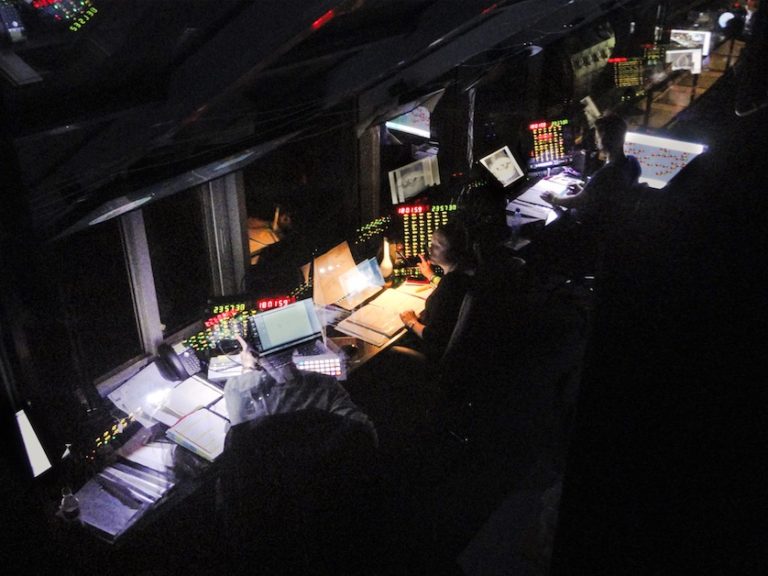 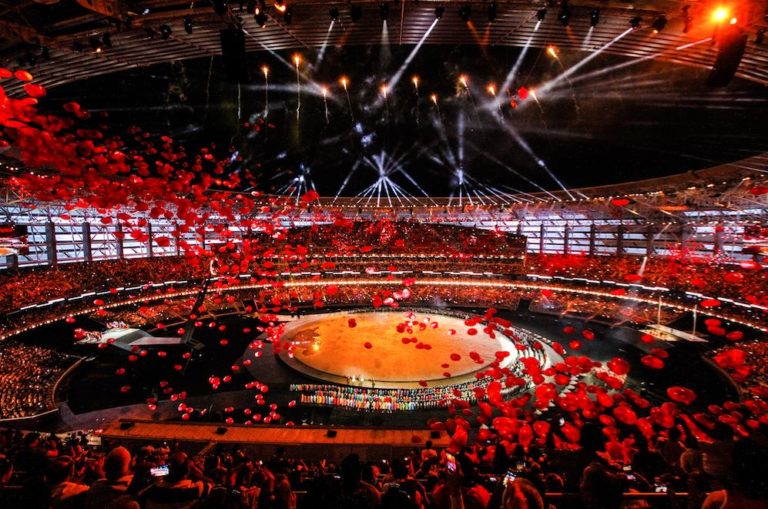 The P.A. People provided video and comms for the European Games in Baku, 2015

Over the last few years there has been a number of solutions which have emerged that allow for the transport of Video and/or Audio over dedicated fibre circuits. Examples include Riedel’s MediorNet and the Broaman platform (the Video brand of Optocore). Both these systems use a combination of Time Division Multiplexing and CWDM technology to transport multiple SDI Video and Audio signals over a fibre backbone.

Another technology that is rapidly maturing is Video over IP. Given a network’s capacity to carry almost any signal, it is no surprise that pressure has been building to find reliable and cost-effective solutions for Video transport.

Whilst the use of uncompressed Video over IP is extremely bandwidth intensive, there is an increasing availability of options that use a variety of compression algorithms that can achieve acceptable latency for use in live events. Products from BirdDog based on NDI compression and the forthcoming Dante AV platform show promise in delivering cost effective Video transport for live events.

Recently, our Event Communications team have evaluated a new Video over IP product from BlackMagic Design based on the Tico compression engine. Our tests have shown that we are able to achieve latency of less than 1ms end to end, which to put it in context, is quicker that most network audio protocols.

There are plenty of tools now available to production professionals for the transport of Audio and Video in live events from dedicated fibre-based systems to Ethernet and IP network solutions.

The P.A. People supply both Broaman and BlackMagic Design products for the transport of video at live events alongside comprehensive network solutions. They can be contacted on 02 8755 8700 or eventcomms@papeople.com.au