Our clients include government departments and large corporations, and our installations cover diverse areas of application such as entertainment and sporting venue audio, lighting and communication systems, audiovisual and broadcast video systems.

With a strong focus on design excellence, our engineering-based approach to installed systems leaves nothing to chance. Our first priority is understanding your needs and tailoring the best solution. We use world-class audio, video, network and RF test equipment to calibrate, commission, and test our systems both in the factory and on site.

We constantly investigate and evaluate the latest products and technology. We are known for our product knowledge and integration capability, which stems from strong relationships with equipment manufacturers and our commitment to innovation in finding the best solutions.

Our expertise has been gained from projects of all sizes both nationally and globally, and our skills cover interrelated areas including:

Our team specialises in applications requiring a high level of technology and design for:

Our recent credits in the performing arts area include works at the Sydney Town Hall, Conservatorium of Music, Glasshouse Theatre, Shoalhaven Cultural Centre, Dubbo Regional Theatre and numerous facilities for private schools in and around Sydney.

Other larger scale systems and venues include the AV fitout for the Sydney Convention and Exhibition Centre (2000 and 2011 refits), video and audio systems for NSW Parliament House (all upgrades and fitouts since 1985 including three Chamber broadcast video upgrades), and the recent build of the Royal Randwick Racecourse Grandstand and Theatre of the Horse.

The P.A. People has developed an unrivalled depth of project management over its 40 years of experience. We understand the requirements of installation and what goes in to complete a project on time and on budget. We know what will and won’t work, and how to integrate our services into your environment.

Our project managers are backed by strong management systems, professional engineering and documentation tools, specialist procurement staff, and a comprehensive service and maintenance team offering protection of your investment on a 24/7 basis.
We are comfortable working with your consultant, or designing a system from the ground up. We have established relationships with some of the most innovative and dynamic vendors from around the world, allowing enormous flexibility in providing the best solution for your requirements. 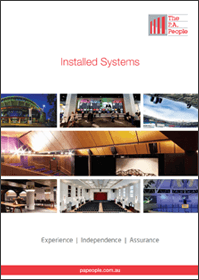 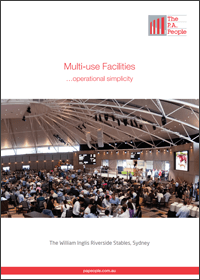 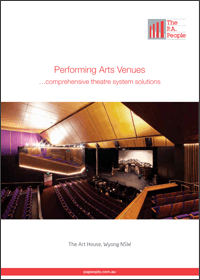 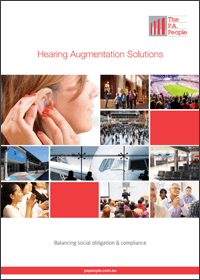 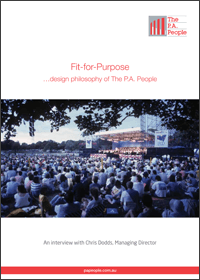 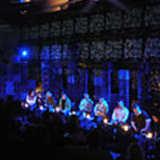 “The P.A. People really understood what we required, designed it and put it in place efficiently. We couldn’t be much happier.” 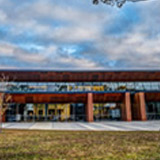 “Their understanding, efficiency and professionalism in all aspects – design, delivery and completion – makes them a pleasure to work with. I know that the client was very pleased with the quality of their works and the system that they provided as an end-product that met their budget needs, but also still allows future expansion and extension of the system”. 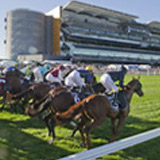 “The P.A. People bring a unique skill set to large format venue design. They are able to bring forward the goals that we may have for the project, the solutions and the performance level that we’re expecting”. 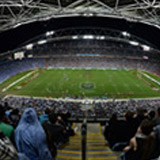 “What we’re all chasing is world-class results. It’s a live environment, it’s very demanding, no room for errors. So we’ve got to nail it each and every time – and we find The P.A. People do that without any doubt”