2015 Sydney New Year’s Eve
For the 4th year in a row, The P.A. People provided the event communications solution for this iconic internationally-recognised event. This year, we managed an expanded brief based on the needs of substantial event growth. The communications system this year featured Freespeak II across three separate event sites.

The P.A. People provided the venue comms requirements at two major Sydney venues – Sydney Cricket Ground and Spotless Stadium, involving two local teams: Sydney Thunder and the Sydney Sixers. The interest generated by this evolving, growing event has been unprecedented – with the Sydney Morning Herald reporting; “The late-season average of 28,279 before Sunday’s two games has propelled the BBL to ninth position on the list of the world’s most attended sports leagues”.

APIA International Sydney Tennis Tournament
For many years The P.A. People has provided comms support for the series – this year including court PA systems, control and site-wide paging.
Drawing many top players from around the world, this event ran January 10-16th at Sydney Olympic Park Tennis Centre.

Hyundai A-League
The P.A. People provide continuing audio support for A-League home games for Sydney FC at Allianz and ANZ stadiums. The team continues to draw significant crowds as it moves around the country. 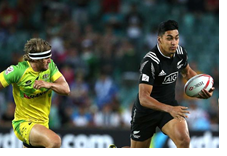 We recently supported the Sydney 7’s Rugby at Allianz Stadium. We supplied on-field support including presentation tasks; this included two-way radio and comms equipment (in addition to existing Stadium comms), and PA systems for artists The Veronica’s and Hoodoo Gurus. 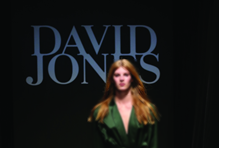 For this year’s David Jones Autumn and Winter Collection launch, The P.A. people installed a Clear-Com Freespeak II communication system. Previously this has been a linked wireless and cabled system however, due to the Freespeak II superior audio quality and range, the event was able to be simplified to a single wireless package – saving set-up time and delivering a better user experience. 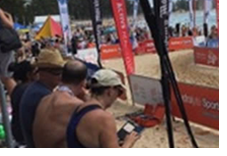 Another early-morning set-up for The P.A. People crew – working on the Sun Run & Cole Classic. This is the latest of several years we have supplied the Start, Finish and Band stage PA’s for this classic Northern Beaches event, run and managed by the Fairfax Events Team. 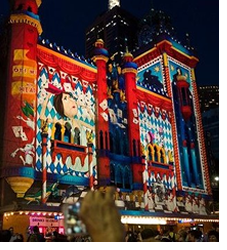 For the first time The P.A. People applied their network-centric approach to deliver radio communications and IP Cameras to the White Night festival in Melbourne. This event ran overnight 7pm to 7am from the 20th to the 21st of February. We deployed our fleet of Motorola DP4801 linked into the Events control room via IP, to deliver seamless integration between the Clear-Com Matrix frame and IP keystations in the control room. We supplemented the City’s City Safe camera system with our own IP cameras in key locations to assist event management for the 600,000 people that were expected to attend.

To Find out more visit