“The AV fit-out provided by the PA People allows us to conduct these activities in our new premises to the high standards expected by our many visitors” said Nicholas Howe – The Japan Foundation.

The organisation recently moved its office to a new Sydney location, requiring an audio visual fit-out for the new space. The multi-room AV fit-out at the facility included a conference room, gallery, library and 3 meeting rooms.

“The Japan Foundation is a Japanese public organization established in 1972 in Tokyo dedicated to promoting cultural and intellectual exchange between Japan and other nations. The Japan Foundation, Sydney organises and coordinates a variety of events in Australia, including Japanese language classes, film screenings, seminars, workshops and exhibitions, each with its own specific list of technical requirements. The AV fit-out provided by the PA People allows us to conduct these activities in our new premises to the high standards expected by our many visitors.” Nicholas Howe – Program Coordinator, Arts & Culture Department, The Japan Foundation

The installation had some unique requirements with mainly Japanese (company) AV equipment utilised such as Yamaha Audio Mixers and control panels and Sony & NEC projectors. Within the gallery a custom projector mount was also installed that allowed for a 360 degree configuration. The audio and video processing of the system was performed in a central location and then distributed throughout the office network with local control from each space. 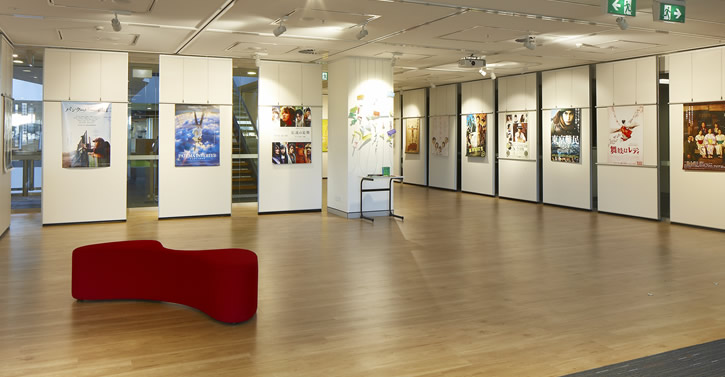 The MTX3 Yamaha Audio Processor also received audio from the gallery and was able to handle the distribution of audio to the entire level. Local control for the conference room and gallery was provided by Yamaha DCP4V4S Control panels.

Josh Jones noted that the Gallery features operable walls which can be moved on tracks to set up numerous room layouts. “This factor highlighted the need for a flexible projector configuration; the custom bracket installed by The P.A. People allowed for a 360 degree projector rotation to facilitate the needs of these custom layouts. The meeting rooms were fairly simple requirements – featuring Epson projectors – and the library utilised a series of ceiling speakers integrated into the overall sound system” he said.

John Hamilton – Associate Director, Urbanscope (Australia) Pty Ltd comments on the design approach to the project; “The Japan Foundation described in their project brief the image and ambience that they wished to convey to visitors as ‘open, bright, friendly, sophisticated and simple’. Furthermore, flexibility in spatial arrangements was essential to satisfy the differing acoustic requirements of adjacent spaces, especially when used concurrently. Hence an operable wall separates the multi-purpose space from the adjacent reception, gallery and library when closed, but becomes part of these spaces when open. Similarly, the gallery display panels, supported on a gridded ceiling track, can be arranged in an infinite number of layouts or can stored away leaving the gallery space open.  Flexibility in planning required a concomitant flexibility in the audio-visual design” said John.

Find out more about the Japan Foundation at: https://www.jpf.org.au