The P.A. People is nominated for its delivery of the world’s largest, clearest and most innovative ceremonies communications system for the inaugural European Games in Baku, Azerbaijan. 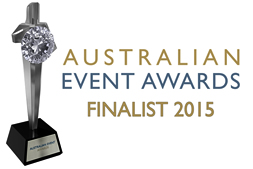 The P.A. People has been named among the most innovative and outstanding in the Australian events industry as a finalist for the prestigious annual Australian Event Awards to be presented in November this year.

Competing in the award category for Best Technical Achievement or Innovation Category, for their work on ceremonies communication systems for the inaugural European Games in Baku, Azerbaijan, The P.A. People was selected from hundreds of entries from across Australia and an incredibly diverse range of industries to make the list of just four finalists in this category.

The Australian Event Awards Industry Night of Nights will be held at Doltone House, Hyde Park in Sydney’s CBD on Tuesday 17th November, providing national recognition and celebration of outstanding achievements across the whole of Australia’s thriving events industry, from small-scale events in regional Australia, to multi-million dollar festivals and public events.

“The P.A People is extremely honoured to have been selected as a finalist in the 2015 Australian Event Awards for Best Technical Achievement or Innovation”. Commented Chris Dodds Managing Director The P.A. People.

The opening and closing ceremonies of international sporting events in the 21st century have become their own genre of epic theatre. Used by host nations to communicate their history, achievements, values and ideals, the ability to conceptualise, design and deliver these vast spectacles is the preserve of a handful of elite international creative and technical agencies. Sydney’s The P.A. People is numbered among one of these specialists, with an impressive of track record of delivering communications solutions to events such as the winter and summer Olympics, Asian Games and Commonwealth Games.

The latest major project successfully delivered by The P.A. People was providing communications, CCTV and technical services to the ceremonies of the inaugural European Games held in Baku, Azerbaijan, from 12 to 28 June. In the newly constructed Baku National Stadium, an audience of 70,000 watched 2,000 performers and 6,000 athletes representing 50 nations in 20 sports open the games with a combination of traditional music and poetry, gravity-defying aerial effects, multimedia, international superstars, and pyrotechnics.

FiveCurrents are no strangers to this scale of production. Their recent portfolio includes London and Sochi Olympics and this Northern Summer they also produced ceremonies in Toronto and Los Angeles. “Using the comms system in Baku was a superior experience; a super-integrated solution” said Scott Givens, President of FiveCurrents. “We work all over the world – and having a turnkey system that works – is essential” he said.

“These are very big, very complex systems,” FiveCurrents’ Nick Eltis pointed out. “One part of delivering on a project like this is having the gear, another part is having an understanding of the technology and how to make it do what we need it to do, and the third part is all about customer service. The P.A. People understand that you can have all the greatest hardware and technology in the world, but if you don’t service the end-user, there’s no point. Comms is all about end-user experience, and The P.A. People know how to make that a good experience.”

Ted Wells, a Senior Lighting Designer with Full Flood, is a veteran of massive sporting events, and now knows The P.A. People well. “Baku was the second time I’ve worked with The P.A. People team,” he offered. “The first was at the Winter Olympics in Vancouver. Both times the comms clarity has been excellent, but Baku was exceptional. I couldn’t get over the clarity; no operator said they couldn’t hear me! The clarity was the best I’ve ever experienced, and my colleagues expressed the same opinion. We had 26 positions for follow-spot around the stadium and had no problems at all understanding and communicating. There was no static and no buzz. Follow-spot operators are dependent upon cues, and for me it means they’re on-point if they can hear you. I can’t say enough positive things because this is what makes the difference between a good show and a great show.”

The 2013 Australian Event Awards is the national awards program to reward innovation, recognise excellence and unite the Australian Events Industry. Entries were open to any event staged between July 1, 2014 and June 30, 2015.

For more information about the Australian Event Awards and to register for updates, visit https://www.eventawards.com.au  and follow us on Twitter.